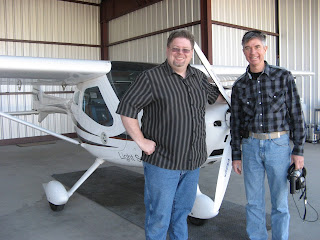 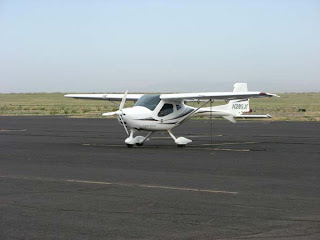 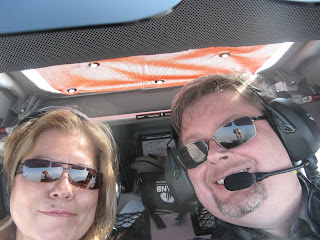 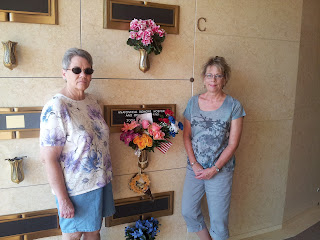 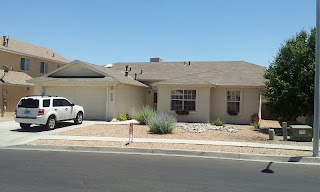 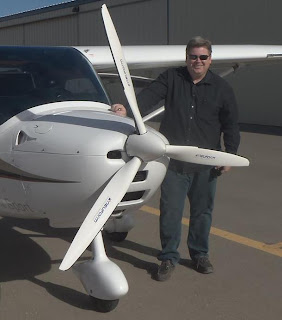 Posted by flightwriter at 7:51 PM No comments: 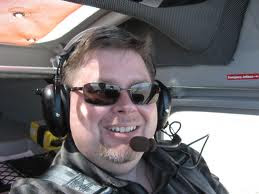 I've been pretty lax with posting on this site lately, but at least I can honestly say that's been for very good reasons. So, there's that.

Since February 3rd, I've been making a living solely through my freelance writing. I'm extremely fortunate that, so far, business has been booming. It felt like quite a leap to leave the office life behind once again, particularly when you never know for certain when your next check will come in the mail. Again, I'm very lucky to have a regular, steady client that keeps me busy, while also allowing me some time to pursue other clients, as well as own my personal goals.

About those goals. If you've been following this blog for awhile, you might recall that I earned my Sport Pilot certificate (don't call it a license) back in April 2008. Three months later, I flew a Gobosh 700S (below) from Denver's Centennial Airport (KAPA) to Moline, Illinois (MLI) with stops in Hastings, Nebraska (KHSI) and Shenandoah, Iowa (KSDA.) It was 10 hours and 667 nautical miles of fun, exhaustion and education. Along for the ride was Dave Graham, who at the time was a VP at Gobosh Aviation (he's since moved on to American Legend, hawking very nice Cub clones) and was on his way back home. It was the most substantial chunk of PIC time (for pilot in command) I'd been able to log up to that point; I swore it was only the beginning.


Fast forward to March 2012... and I haven't flown as PIC since that trip. As they say, life gets in the way. For starters, there had been no light sport aircraft to rent anywhere near Albuquerque; the closest plane, an Evektor, was up in Farmington. That was probably for the best, though, since I hardly had any extra money to spend flying anyway.

That situation began to improve last summer, though. I learned that an outfit up at Santa Fe Municipal Airport (KSAF) was offering a Remos GX for training and rentals. By this time the "freelancing gig" was starting to take off, though there were other priorities before I could take the time to start flying again. At this point, I was also convinced I'd need to go through flight training all over again, since it had been so long since I'd flown. I had less than 15 hours since earning my certificate.

By mid-March, however, I'd decided to just go ahead and do it. Recreational flying is not a very practical activity; there's always something better, more necessary, or more practical you need your money to go towards. But it had been too long... and if I didn't take the chance now, I could see a time 10 years from now when I'd wish I had. So, I emailed Michael at New Mexico Sport Aviation, and asked if I could spend some time going over my plan. 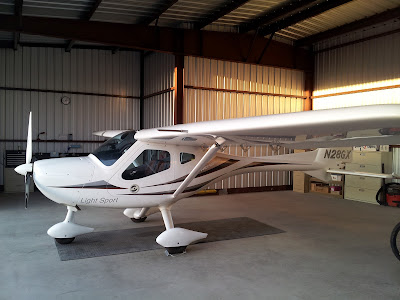 Michael and I met on a Tuesday. He quickly allayed my concerns about how long I'd need to regain currency. A pilot certificate never expires, per se; you just need to remain healthy enough to fly, and pass a biennial flight review. In addition to owning NM Sport Aviation and Remos N28GX, Michael is also a CFI, so he could administer my flight review while also checking me out on his aircraft. We set a timetable: he said it would take three flights, I thought it would be closer to five.


It only took three, and it probably could have been less than that if I'd been more brave. For our first flight, on that same Tuesday, we took the plane out to the practice area southwest of SAF and puttered around the sky for a half-hour or so. My only goal for that flight was to get up in the air again, and become more familiar with the Remos.

That short flight was more than enough to convince me that I wanted to do more - just not on that day - so we scheduled another flight for the following Thursday. This time, Michael had me demonstrate stalls, slow flight, and emergency procedures, before shooting a series of touch-and-goes at SAF. That was another 1.4 hours in the book... and after we shut down, he said our next meeting could be the flight review. One week later, that review passed without incident, and on April 5th I officially became a pilot again.

Since then, I've taken the Remos up solo for some intensive pattern work - 1.1 hours, 10 takeoffs and landings. I plan to head out to the practice area next week to practice maneuvers, followed by a cross-country down to Moriarty (0E0.) Why? Because although I've been to Moriarty more times than I can count... I've never flown there.


That pretty much brings us up-to-date on things so far. I do plan to start posting here more frequently, and I have a new incentive to do it - my new business website, www.robfinfrock.com. "Approach Lights" will still be my personal creative outlet, one that I hope might gain a new following through the business site. We shall see! (If you're reading this post after coming here from my other site, please leave a comment and tell me what you think!)

Rob
Posted by flightwriter at 9:01 PM No comments: