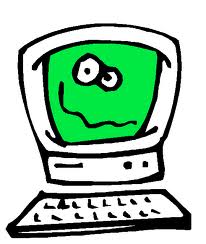 I blame the following on Delta. They started it. "Delta Pilots Say Northwest Merger Deal Is Off," followed shortly by "Delta Offers Half Its Workforce Buyouts."

And then the feds chimed in. "FAA Calls For Inspections Of Airline Maintenance Records." "DOT, EU To Meet Over Airline Alliances." "Southwest Considers Early Retirement For Some Classics" (referring to the carrier's older 737-300 and -500 "Classic" airliners.)

And oh, Mother Nature also had to weigh in. "DFW Airport Assists Passengers Stranded Due To Spring Storms." (Here in New Mexico I didn't hear about the horrible weather in Dallas until early afternoon, which is kind of ironic. To all my friends in the Big D -- when The Flood hits, send me an email, would you? OK, you're allowed to get to higher ground first.)

And what is becoming my favorite ongoing story of late: "ATC Tapes Show go! Pilots Were Unresponsive For 17 Minutes." Why? Well, we don't know for sure... but all signs point to the flight crew napping on a 215-mile interisland flight from Honolulu to Hilo. There are only so many reasons a modern jetliner will continue past its destination at 21,000 feet, as air traffic control frantically tries to make contact with the plane. Most of those scenarios result in the plane eventually crashing. Fortunately, this one didn't.

And so on through the day. Thing is, when I see a news item, I can't walk away. I have to write it up. Combined with on-phone interviews and other regular duties... this is why I was stuck at the computer until 5:30 pm, with only a small break to clean up and run to the grocery store.

Argh! So, I postponed my plans until this morning. Same general plan... except this time, I posted seven stories ahead of time last night...

...And the site's down. Something about moving the server to a new location. So while I can write up stories, I can't post anything (or reference any previous stories on ANN, which I do often since we often do several stories on the same subject, as the news cycle progresses.) The web hosting company we use has no idea when we'll be back online.

I think the Universe is telling me something. "Walk away from the computer... NOW!!!!!!"
Posted by flightwriter at 5:43 PM