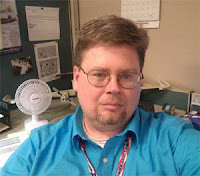 "Too many of my life experiences seem to relate to Counting Crows songs... "All My Friends" is the perfect anthem for a single guy approaching his 30s."


When I wrote those words on January 11, 2005, they seemed appropriate for the disconnect and ennui I was feeling at that time, on the cusp of a new year in an unfamiliar but exciting land. I was both hopeful and wary of what lay ahead.


My uneasiness was largely unjustified. Despite the loss of my grandfather and the first signs of a worrying health issue, 2005 ended as one of the best years of my life. And now, over five years later... I realize I didn't know the half of it then. I'm now two hours in to my 35th year, and I have no idea what the future holds.


All I know is the present is nothing like what I'd planned, and the future doesn't feel quite as exciting as I used to believe it to be.

Thought I might get a rocket ride
When I was a child, but it was a lie
That I told myself when I needed something good
At 17 had a better dream, but now I'm 33 and it isn't me
But I'd think of something better if I could
﻿
Even more so now than in the past, my life is largely my work. Thanks to a tough economy and -- well, frankly, lousy timing -- my current job is far removed from my passion for aviation. That's both a blessing and a curse, and my perception of the situation varies day-to-day. I'm hardly alone there, of course, but it still comes as a sometimes-harsh realization when I remember what I used to do for a living.


And yet... I take tremendous satisfaction in knowing that I'm doing something good for the company I work for, the same company that introduced me to flying in the first place. The symmetry of my situation often brings a smile to my face, and I feel I've now proven a few things to a few people I didn't really impress my first time around.


Is that why I came back here? I don't know. Is this what I want to be doing five years from now? I don't know that, either. The possibility doesn't frighten me, as much as the fact at the moment I don't see any other options. That's what I fear the most. I'd better be happy where I'm at, because it's literally all I've got.


As for "the girl"... well, my most recent relationship ended three years ago. I can't believe it's been that long, really. There isn't another one even remotely on the horizon... and frankly, given the choice between a girlfriend and an airplane, I'd probably take a Cessna.


I'm rather content being single, though I admit it does sting a little. Most of my friends are married, and even more have kids. Even an ex I absolutely, positively thought would never married -- I mean, never -- is not only happily married, but she also a son and a stepson.


She's also now my "friend" on Facebook. Life is weird.

Caught some grief from a falling leaf
As she tumbled down to the dirty ground
said I should have put her back there if I could
Well everyone needs a better day
And I'm tryin' to find me a better way
To get from the things I do... to the things I should

In experience and sensibility, I feel more 25 than 35. There's a lingering immaturity in a lot of what I do and say, that I know I shouldn't still have. I also perceive myself as a younger man, immediately subservient to others in a group... even when I've been proclaimed the "leader." I think I do manage to correct that perception, and I know I'm capable of rallying others -- I've done it before, and enjoy the challenge -- but it still troubles me my first instinct is, "wait, really... are you sure you want me for this?"

And though I've always leaned to the right on most political issues, over the past year I've found myself becoming a fervent, almost militant conservative. Maybe not a Tea-Partier per se, but definitely a believer in small government, and forcing everyone to fend for themselves over relying on federal assistance.

That's not so unique in this day and age... but what I find odd, and disquieting, is that some of my all-time heroes were passionate liberals. Robert Kennedy. MLK. At the top of that list is all-time favorite songwriter, Harry Chapin... who himself idolized Pete Seeger, and who donated all his earnings to fight world hunger. When did my attitude shift to "let the hungry feed themselves, we've all got our own problems to worry about?"

I'm a pilot who hasn't flown in almost two years. I'm a dreamer who can't really remember the last dream I had. I'm a writer who seldom posts on my blog, and can't remember the last letter I wrote to my grandmother. (I'll bet she remembers, though, because it's so damnably rare.)

I've let friendships evaporate because keeping them up was too much trouble, too taxing, too emotionally trying.


All you want is a beauty queen
Not a superstar... but everybody's dream machine
All you want is a place to lay your head
You go to sleep dreamin' how you would
Be a different kind if you thought you could
But you come awake the way you are instead

More than ever at 35 I realize the disconnect between how I perceive myself, and how others perceive me. I'm a fat guy with a thin self-image... until I look in the mirror and see with my own eyes how much I've let myself go over the past two years, and witness how much my girth has worn the fabric on the side of the driver's seat in the 6.