Pray For Us Who Fly, Part One 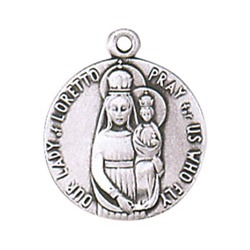 The morning of Tuesday, December 6, 2005, was to be more or less like any other day. It found me slaving away at the computer for Aero-News, while also planning for a trip up to Omaha, NE for my grandfather's funeral mass; Mom was flying into Dallas the next day, and we were leaving for Omaha on the 8th. As I took my shower that day, though, I first noticed something was wrong - at least, unusual - with a certain area of my anatomy.

I was concerned, but - given all that was going on - I rationalized it. I probably hurt it, somehow... probably when I got on my new bike for the first time the night before.

After all, I'd done the self-checks... not sure the last time I'd done it, but I was sure it had been pretty recent... and come to think of it, I had felt a twinge 'down there ' when I'd sat on the bicycle seat for the first time. So, that was probably it.

That thought carried me up to Omaha and back, but  I saw my doctor the Thursday after I returned. To my relief, he didn't seem all that concerned, either. "Looks like a hydrocele," he said, caused by trauma of some kind. After hearing my bike story, he agreed that probably did it.

Still, he advised me to keep an eye on it ("sometimes, these don't go down for months") and he gave me the name and number of a urologist and told me to give him a call after the new year, in case it hadn't started going down. By the time the middle of January rolled around, it still hadn't gone down, and it was becoming uncomfortable.  Although I otherwise felt fine, I broke down and scheduled an appointment with the urologist after realizing I had to sit differently at the table while dining with friends. The doctor I'd been referred to wasn't in, but another one was.

I went to that doctor the next day, a Friday. She (the source of some initial embarrassment) agreed with the assessment my primary care doctor had given me: a hydrocele, albeit a big one. Still, Dr. West wanted me to have it ultrasounded, "just in case" it was something other than it was presenting as.

After heading back to ABQ for a second time in three weeks -- this time, I was able to stay longer than 48 hours -- I had the ultrasound on Tuesday, January 24, at Trinity Medical Center in Carrollton. It was only a short drive from home. I was fully expecting the results to be fine... although my, the test was taking longer than I thought it would. To keep calm I mentally flew the pattern at TKI several times.

Those thoughts were shattered when the radiologist (a beautiful blonde... a shame this wasn't all under better circumstances) brought a doctor in. "There's no pain?" she asked during the examination as the doctor watched the screen.

"Well, that feels strange," I replied in nervous good humor, "but no, it doesn't hurt."

The doctor sighed as the blonde replaced the scanner. "Well..." he began. It was then I braced for the worst, which came two seconds later.

"It's NOT a hydrocele. It's one of two things: an infection, except if it were that, you'd be in pain. So that leaves a growth. A tumor. And, those are almost always malignant."

"Okay," I said quickly. I had heard the words, if not their precise meaning just yet. "So it has to be removed."

"Yes. But fertility isn't as affected as you might think," he said, his tone brightening somewhat.

He said some more things, offered encouraging words ("this has an EXCELLENT survival rate") and left as I got dressed. I walked out of the radiology department in a daze.

I had walked into the hospital at 9:30 that morning in good spirits, mentally writing the rundown for the day and thinking I'd only sprained a part of my body "meant to be treated nicely," in the words of Chandler Bing on "Friends." I had even been joking about it, as such, days before.

Exactly one hour later, I walked out with the diagnosis of testicular cancer.