The Weather Is Here, Wish You Were Beautiful

Well, the last entry was done at an airport, and so it shall be with this one. As I type this, I'm heading into my fourth hour at SeaTac, with another hour and a half or so to go. Fortunately, I've had plenty to do... post the site for Monday, grab a light lunch (I've lost five pounds on this trip!!) and do some planespotting. I've deliberately resisted taking the book I've been reading -- "A Salty Piece of Land", by Jimmy Buffett -- so I can save it for the plane ride home. 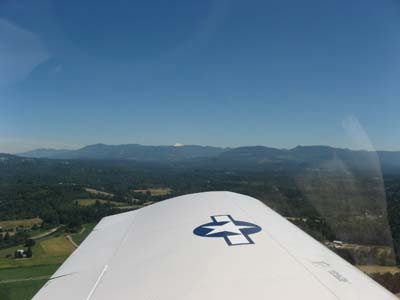 After a cloudy and rainy start (which I loved, but sadly dragged the show down) the Arlington air show lived up to its billing by the weekend. On Friday the clouds lifted, the skies turned from blue to gray and, low and behold, the sun came out (I think my order of events there is slightly off, scientifically.) Pilots and crowds alike responded, too... with the pattern full of aircraft all day, and the empty spaces along the field disappearing rapidly under a sea of RVs, Cessnas, Seabees, Pipers... there were a LOT of planes there.

Arlington is no Oshkosh... which was perfect in this case. As we were heading home Saturday, Jim turned and asked me "so, do you now know why we (meaning ANN staffers) love this show so much?" 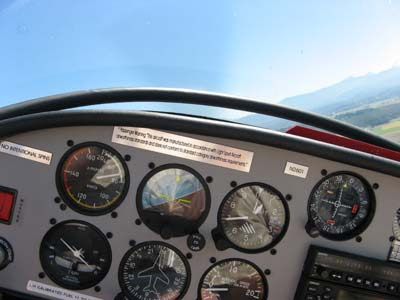 "Because it's where you can recharge your batteries and reconnect with why we love to fly, before Oshkosh," I replied.


No news is made at Arlington. No new planes were introduced while we were there, no really cool new products were unveiled. Instead, I got to talk to a lot of pilots, most of them from the Pacific Northwest (hard to believe) and immerse myself in airplanes. I got to fly a plane, a new Zodiac CH601light sport plane... which doesn't look like much on the ground, but is an amazingly stable aircraft in the air (much more so than the StingSport I flew at Lakeland in April) that's also a joy to toss around with abandon -- which meant I also got to take in the Puget Sound area from 1000 feet AGL. It was religious.

I figured coming up here that I'd fall in love with northwestern Washington, and I was right. Mountains + trees + ocean = everything Rob likes in a landscape. Yeah, the rain would grow tiring after a while (so does sunlight in ABQ, for that matter.) And traffic was truly awful -- worse than Dallas, despite having fewer cars overall on the road. It's also a million miles from everyone I care about. 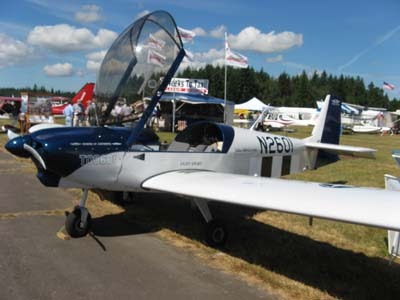 But maybe later... yeah, I can see eventually settling down here, or down south around Portland (another city I love.) I love it.

But it helps when the weather is nice.
Posted by flightwriter at 2:00 PM