And Now, Back To Our Regular Programming 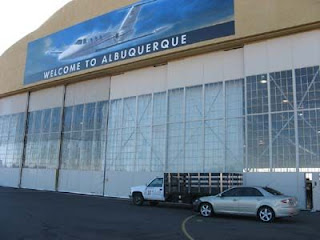 Phew. And, for the record... January 31 will mark two years, to the day, that I've been cancer-free. I didn't feel confident making that statement two days ago, but there it is.

I didn't really even realize it at the time... but worrying about new (and imaginary) cancer symptoms has pretty much consumed my last two weeks, when there's really been a lot going on in my life aside from that. For example, on January 14 I was among a smattering of media types who attended a press conference at Eclipse Aviation, where officials announced a funding, assembly, and distribution partnership with a Danish investment concern, called ETIRC (e-TURK.) The deal means Eclipse 500s will one day be assembled in the Russian Federation, for the European market. We'll see if that happens... in the short term, the deal gives Eclipse a massive infusion of (ah, Russian) cash, which it needed badly to survive the year. 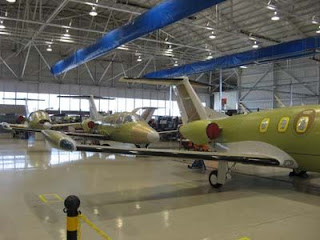 The conference was cooler than I thought it would be. For the first time ever in my time at ANN, I was able to interview The Man himself, Eclipse CEO Vern Raburn -- who, depending largely on who you talk to, is either a) One Of The World's Biggest Jerks, or b) One Of The World's Biggest Jerks, But Also A True Visionary, And A Force To Be Reckoned With.

I won't say which opinion I subscribe to (to his credit, Raburn would be the first to agree with those statements) and I still have my concerns whether Eclipse will ultimately be able to do all it promises -- the company's record so far has been less than perfect in that regard, and that's being charitable. But I hope they succeed. The building blocks are certainly there, now more than ever. 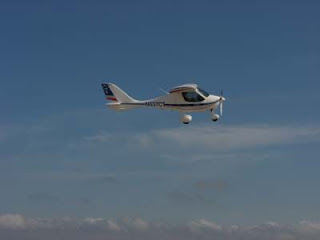 Two days later, I was on a Delta jet (well, two of them) heading to Jacksonville, en route to Sebring, FL for the annual US Sport Aviation Expo. Now in its fourth year, the show marks the unofficial start of the aviation trade show season. This was my second year... and the event seemed a lot more crowded this year than last. Part of that was due to what I think was a much-larger crowd turnout; all three days I was there, I marveled at the number of people. Helping the attendance totals was the fact most of the time, it was cool, cloudy and rainy -- great weather to beat the Florida sun, but lousy to fly in. Like I said in the last post, I didn't do any flying while I was there... maybe next time... 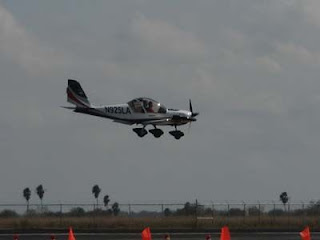 Another factor in how "crowded" the event felt, was the sheer number of light-sport aircraft that are now available on the US market. At last count -- and this number seems to multiply like rabbits at every turn -- there are 73 LSAs available for sale in the US market. 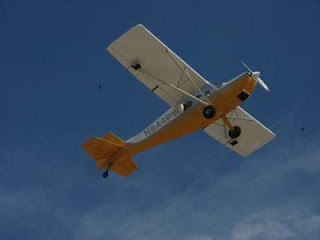 Many seem to be great little planes (most of you already know what I think of the SportStar, for example) but that's probably at least 45 more models than the market really needs, IMO. And Cessna and Cirrus haven't even added their planes (the China-built SkyCatcher and the German-sourced SRS, respectively) to the mix. This, ladies and gentlemen, is called a "glut." 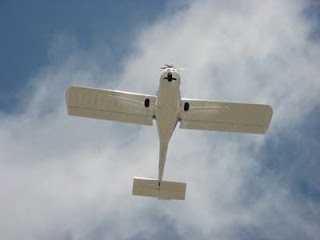 Not sure what's coming next -- Heli-Expo is at the end of February, in Houston -- but two things are certain: one, I want to finally get my pilot training knocked out before Spring... and two, taking care of some niggling issues here at home (one of those things is the diet... which I'm happy to report/brag has been good for a 13-pound loss in the first month, according to my semi-reliable bathroom scale -- we'll call it 10 lbs, and one belt-notch, to be safe.)

It's time to start living again...
Posted by flightwriter at 5:39 PM