'You Can Never Rejoice' 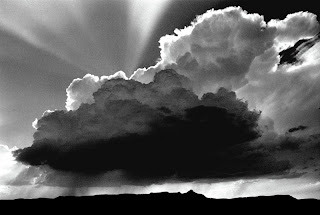 Two years ago today -- at around 8:45 in the morning, Dallas-time, I still remember every chilling detail vividly -- I was diagnosed with TC. That was the day the train of my life jumped the tracks. I cannot put into words how the sound of the words "it's cancer" hit my ears, how everything else that was said after that echoed.

I still remember walking, senses numbed and footsteps heavy, through the halls of Trinity Medical Center, across the parking lot, getting into the Grand Am, checking my cell phone.
The first person I told, oddly enough, was a co-worker, Pete... who had left a message asking about the podcast outline for the day. I returned his call as I sat in the lot... all I could say was "it's cancer." I called my parents next, after I got home. I don't remember the drive back to the apartment.

I still revisit these emotions often. I can't help not to. They are a part of me I will never, ever be able to get rid of. I've tried. Hopefully one day the memories won't resonate as sharply as they still do.

I thought I was over the paranoia, the suspicion of Something Dark lurking around the corner. I guess I'm not. The first twinges of suspicion came over two weeks ago, probably soon after I looked at a calendar. Something feels different. Was that bump there before?

What started as the quiet voice of nagging doubt -- confronted by the reassurance This Has Happened Four Times Before Over The Past Two Years, You've Gotten Panicky Before, And It's Always, ALWAYS Been Nothing -- turned increasingly towards I Don't Know For Sure, Maybe This Time It IS Something Really Wrong.

I carried those fears with me to Sebring last week. It was probably a good thing the weather was rotten for most of the time, removing all possibility of me going up in a plane. I haven't flown well before, or enjoyed it, when my mind has been elsewhere.

I resolved to email Dr. Rabinowitz when I got back home, to ask for his advice.

"Doctor, this is at least the fifth time I've noticed these types of 'changes' - and after more than few unneeded visits and ultrasounds, everything has always come back perfectly normal," I wrote yesterday. "...The rational part of my brain -- and my family, and my friends -- tell me this is almost overwhelmingly likely to be nothing to worry about. The panicky side of my brain, though, can't stop feeling for any new changes. which I'm sure isn't helping the situation."

Dr. Rabinowitz got back to me a few hours later. "What I think will be best is to order a repeat testicular ultrasound. This will set your mind at rest and give us a baseline study." The test is scheduled for Friday afternoon.

He added I'm not the first TC patient of his to experience these feelings. "I just had another TC patient of mine have exactly the same issue. An ultrasound of the testis relieved his concerns as well. Ian."

God bless him for that.

It's probably nothing. Hell, I'd bet my own money on it. Because it has been nothing before... and I don't really think God or the universe would be so cruel as to hit me with this again, especially two years (almost to the day) since it happened the first time.

The chances of a repeat TC occurrence are somewhere south of three percent. As I've said on this blog before -- when the rational side of my brain was doing the typing -- TC doesn't spread across, or down. If something new popped up on The Other One, it would be just that -- something new. That hardly, HARDLY ever happens.

And nothing short of the radiologist telling me "You're OK" tomorrow will convince me of that.
I honestly think in the two years since January 24, 2006, I've become a stronger, and better, person. Those around me would agree, I think... except when it comes to this. My Mom -- who, yes, will be going with me to the appointment tomorrow, and God bless her for that -- summed it up best, when we talked on the phone last week as I sat nervously in my motel room in Avon Park.

"The worst part of seeing you go through this is that you never feel confident you're OK," she said. "You can be grateful, and thankful things seem to have passed... but you can never rejoice."

Maybe tomorrow afternoon, I can come a little closer to that goal. I hope so.
Posted by flightwriter at 5:38 PM