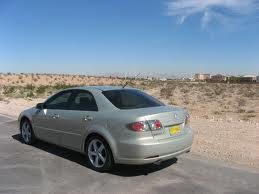 As many of you know, I ventured out to Las Vegas, Nevada this month for NBAA's 2011 Meeting and Convention. It was the first aviation trade show I'd attended since April 2009, and it felt wonderful to be back in that environment and to work with a great news crew once again. I may write a separate post about that a little later, but this is about what happened after the show was over.

The day after NBAA wrapped, I made the brief trip down I-15 to the Enterprise area, to pay homage as best I could to a man I never knew, but whose influence and legacy drives every ambition I have in aviation.


As Robert Darmody boarded a United Airlines DC-7 on the morning of April 21, 1958, I imagine his thoughts were on leaving his family behind in California, as he left to set up their new home in Omaha, NE. A veteran of WWII who after the war worked for 10 years with the Strategic Air Command -- most recently in the Ballistic Missile Division -- Darmody had spent the past year in Los Angeles on special assignment with civilian contractor Ramo-Wooldridge. [He] already had his orders in hand to move back to Omaha later that year.

...Alas, Darmody -- my maternal grandfather -- and the 46 other people onboard United 736 never made it to their destinations that April morning. At 8:30 am local time, less than an hour after the airliner took off from LAX, an F-100F Super Sabre trainer flying out of Nellis Air Force Base near Las Vegas, NV descended into the path of the passenger plane at 21,000 feet. The jet sheared off a 12-foot section of the DC-7's right wing... and both planes spiraled towards the desert floor, about nine miles south of what is now McCarran International Airport.

What once was a desolate desert landscape with nothing to be seen for miles around, is now filled with strip malls, box stores, and apartment complexes... except, that is, for a patch of arid Mojave landscape northeast of the corner of South Decatur Boulevard and West Cactus Avenue. It is here where the wreckage of UAL 736 fell, though no one passing by would ever know it.

As I step out of my car, I look up and see a Southwest 737 directly overhead, climbing out from McCarran. The apparent dichotomy seems appropriate.


United 736 was on an instrument flight plan, and in contact with air traffic controllers at the time of the accident. The airliner was flying along the Victor 8 airway, a common route for airliners heading east from the Los Angeles basin that also crossed a heavily-used departure and approach corridor to Nellis.

Though unthinkable today, in those times military pilots were neither required, nor inclined, to communicate with commercial air traffic controllers, despite their often close proximity to slower-moving commercial planes. In the days after the accident, two other commercial pilots came forward with accusations US Air Force planes often "stunted" near their aircraft along Victor 8.

It was the very dawn of the Jet Age. Everyone was still learning.

I made two trips to the site that day. The first was by myself; the second time, I was accompanied by Keith Gordon, Director of Aviation for Desert Jet based at Henderson Executive Airport. By luck or providence, I interviewed Keith for one of my first articles this year for NBAA; as it turned out, he's a local aviation buff, as well as an avid geocacher. It was his idea to place a small 'cache' at the crash site, for other explorers to find and learn a little bit about an event that's been almost entirely lost to the history books. 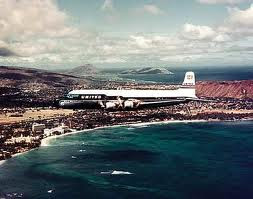 There's more than a little Cold War-intrigue surrounding the crash of United 736. Mark Paris has worked on a book about the mishap for several years. He lost his father, Steve, in the crash; like my grandfather, Steve Paris was returning to Omaha, home to Strategic Air Command Headquarters at Offutt Air Force Base.

Paris told the Review-Journal his father was one of the 13 men onboard the flight who were associated with the Ballistic Missile Division, tasked with developing "the most top secret project in the country at the time.

"This hurt America in a real nasty way that people didn't hear about," Mark Paris told the Las Vegas paper. "This put the ICBM system on its ear for a while.

Immediately after the accident, FBI agents secured the area where wreckage from the DC-7 had landed. "They were not looking for survivors," says Faith Paris, Steve's widow. "They were looking for papers."

Today, anyone who visits the site where United Air Lines Flight 736 fell to Earth will be looking for a round metal container, camouflaged in an innocuous pile of indigenous rocks. It's a small tribute to those who died on that April day, almost 54 years ago. It can never be enough... but I suspect if Robert Darmody had lived to experience the age of smartphones and GPS, he would have approved of the gesture.


It is difficult to describe how I felt standing on that hallowed ground. Though relieved to see that most of the area remains undeveloped, I still felt it would have been more appropriate to have a monument or shrine at the corner of West Cactus and Decatur, rather than a Wells Fargo and a convenience store. Tears never came; I felt at first guilty, and then simply confused by that. The closest I came to choking up was when I thought of my Grammie, who died earlier this year without ever having visited the site her first husband had perished. Mom hasn't made it out here yet, either, but she will soon. 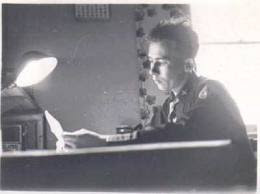 In the end, I can't really say that I felt any closer to Robert Darmody standing on that spot, than I do any other day. And I mean that in the best way possible.


I've written before about my grandfather. For a man I never had the honor of meeting, his influence weighs upon me... from a shared love of flight, to an eye for model-making.

I even look like him... well, kind of. My mother, Kathy -- nine years old when she lost her dad -- has said before she sees a lot of her father in me. I do know I've "felt" his hand on my shoulder a number of times, in both good times and bad.

There's one significant difference between Robert Darmody and his grandson, though, one I proudly acknowledge: my grandfather was an unquestionably brilliant man. I so wish I could have known him.


NOTE: All italicized text is from "Families Mark 50th Anniversary Of United 736 Midair Collision" published by the Aero-News Network on April 21, 2008.
Posted by flightwriter at 8:25 PM