The Seconds of December 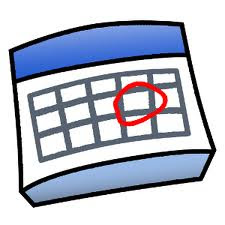 A time comes for everyone when they realize that they're pretty much the person they will always be for the rest of their life. Their mindset has been determined, their preferences and prejudices largely etched in stone, when they realize they're no longer particularly eager to have their mind changed about anything, and they're unlikely to let anyone new get too close to the life they've created for themselves.

I came to that realization this year, at the relatively tender age of 36. I think I'm okay with that, because I'm reasonably and thankfully content with who I am today. I've had some professional successes this year, that helped me realize some personal goals as well. I endeavor for more - better health, less weight, greater recognition - but I also appreciate that all victories are fleeting, so I'm trying to hold onto what I've been able to muster for as long as I can.

I also realize I've also cast off valuable and important aspects of who I once was along the way. I used to have a much greater sense of whimsy than I do now. I used to have much more faith and compassion for other people than I do today. Make no mistake, I fight vehemently and passionately to defend and care for those closest to me... but that circle has grown far smaller than it once was, with past friends and even some family members cast out. My requirements for access to that circle are far more stringent and jaded than they once were.

It wasn't always like that. There was a time when I gladly -- eagerly -- wore my heart on my sleeve, and believed in the overall decency and competence of others at first blush. This was an incredibly naive world view, as is typical when you're fresh out of high school... and I was fortunate to find someone who was very eager to recognize those qualities, and who embraced them and loved them with all of her might.

You still feel her hand on your cheek as you said those words for the first time
And you still feel the pain from the first realization you'd lied
She was gentle when you wanted rough; so inviting but still not enough
Before too long you gave into your demons and cast the angel aside

I wrote those ridiculously overwrought, post-teen-angst-y sentences around 15 years ago, after I realized it still pained me a bit too much to look at the calendar in early December. I've written here about her before; I'm also pretty sure it was her that I saw in a Dillard's ad while thumbing absent-mindedly through the Dallas Morning News one day in 2006.

Facebook is nothing less than the modern-day equivalent of the biblical Tree of Knowledge of Good and Evil. As it was in Genesis, its apples are far too easy to pick; all it takes is a simple word search. For whatever reason, a few months ago I decided to reach out for the forbidden fruit.

Wait. What was the name of the guy she was seeing? Try that...

Married. One son, and another child on the way.

And... a flight attendant for Southwest. I admit that I smiled a bit at that; it would appear she found her calling among the clouds, too. For some reason, that made me very happy.

I briefly considered sending her a message on Facebook. It would have been purely a casual thing, a "hey, I see you're on here, too!" sort of note, the kind of breezy greeting one might send a former classmate. I thought about it... but of course, that would have been a terrible idea. Our moment together was fleeting; her life today is her own, and I have no right or place whatsoever to intrude upon that.

I'm genuinely glad that she appears happy, as well. Everything turned out the way it was destined to... but, there's also a part of my consciousness that recognizes I'm really not as okay with all of this as I should be, 18 years later.

You're sure she's doing well now and you're hardly a thought in the air
Just a midsummer's fling that lasted through spring and time passes when you're not aware
Still you know that you live in her shadow, and you're forever cursed to care
And count all the seconds of December that she's not there
Posted by flightwriter at 1:21 PM

Email ThisBlogThis!Share to TwitterShare to FacebookShare to Pinterest
Labels: Life