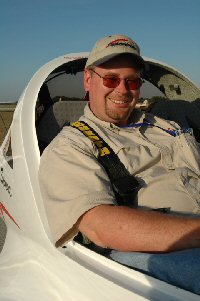 First off, sorry I haven't posted in awhile. Things have been busy since I returned from Florida last week... mostly because my parents arrived two days later for Easter, which gave me just enough time to stock up on groceries and vacuum the apartment one final time before they got here Wednesday night. It's been great having them here.

Backing up a little... for the most part, Sun 'N Fun, well, Sun 'N Sucked. Early April might seem to be a good time to hold an airshow in central Florida on paper, but in reality it was akin to about the sixth or seventh level of Hell. Which, I might add, will probably wind up being somewhere in Florida (have I mentioned how much I despise this state?) Hot, muggy, bug-infested... mostly mosquitoes the size of AH-64s and caterpillars that resemble angry centipedes. (Or maybe they actually were centipedes... in any case, they love climbing on people as they sit and listen to yet another droning presser.)

A couple of cool things, though: one, I got to fly the StingSport light sport aircraft on a somewhat balmy Wednesday evening. It was only a 45 minute demo flight, but it still represented the first time I've been at the controls of an airplane since last July (just before Oshkosh.) While I was already a Sting fan... it's the most "real" looking of the LSAs available to my eyes... the test flight showed me three things: One, it's not hard to have A LOT of fun in this airplane; Two, boy, is it a lot smaller than a C172; and Three, have I mentioned how much fun it is to toss this plane around the sky?

Something else that was pretty cool, too, was that fellow ANN'er Kevin O'Brien -- call him Hognose, he doesn't mind -- flew in formation with me on a demo flight of his own. He snapped some pretty neat shots, one of which is below.

Oh, and the other cool thing about going to Florida? AirTran's $50 upgrade-to-business-class promotion. I blew $100 of my own money for the luxury of added legroom, a positively cushy chair and free drinks... which I partook of on the flight home. My rationale was, I've just spent eight days in central Florida, I've earned the right to attempt to fry some memory cells. Oh, and the onboard XM radio (at every seat, not just biz class) is a treat, too. If this sounds like an AirTran promotion, it is... this airline really impressed me. Just try to forget that little ValuJet snafu in the Everglades 10 years ago... (AirTran merged with ValuJet in 1997.)

Now, though, I'm back... and reality once again sets in, as it usually does around this part of the month. I had my monthly follow-up appointment on Monday, and I'm waiting for the blood test results now. They should be fine... in fact, everyone -- including my oncologist -- would be surprised if they weren't. In the meantime, those "changes" I alluded to in my last post still have me a little freaked out... OK, a lot freaked out, as my friends Monk and Quinn can attest to.

(A definition of "friendship" you won't find in Websters: those people who listen patiently, over an otherwise normal, friendly, fun dinner at a nice restaurant, about how you're freaked out about how your one remaining testicle is growing bigger... and do so willingly, with no sign of awkwardness.)

I asked Dr. B to examine the... situation... during Monday's appointment. He reiterated that all was normal. Yes, it's gotten bigger -- as he said it would. It's now doing the job for two, after all -- a SuperBall, if you will. But I was still nervous, as he could tell.

"OK, tell you what," Dr. B told me. "I'll write a scrip for you to have it ultrasounded before your next appointment. It will tell us that all is normal."

Dr. B then did something that, in the brief time I've known him, was unusual. His voice -- usually very clipped, very clinical -- got softer. "Robert, you're OK," he said. "I want you to live your life. You're fine... and if you ever aren't, we'll take care of it and THEN you'll be fine."

After the checkup was over, he went out to the waiting area, where my folks were. He introduced himself (he'd already met Mom in February) and then reiterated "your son is fine."

"Whether he thinks so or not," I added shakily. 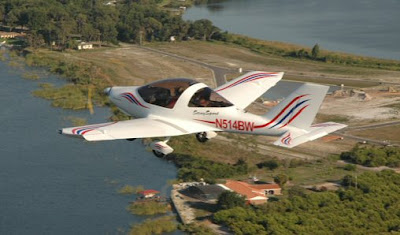 I guess it's normal to be freaked out... but this has developed into full-blown paranoia, I admit. It's just that after four months... it's finally set in how scary this all has been. In the absence of action -- we're now in "wait and see" mode that will probably never detect anything abnormal again -- my mind is working overtime. Worrying. Obsessing. I have to stop that... I guess I can be comforted by the fact that, yes, it WILL eventually get easier.

It hasn't yet, though... but it will. In the meantime... I have to live my life. And fly more airplanes.

Posted by flightwriter at 1:51 PM